A set of actions that will succeed or fail as a batch.
FUNCTIONS (ACID)
Atomicity - nothing or all,
means, a set of actions that will succeed/fail as a batch.
means, Either all actions within a transaction will be succeeded or all actions within a transaction will be failed
Consistency - At the end of a transaction, either a new state of data is available or original data will be available.
Isolation - During transaction (before rollback/commit), data will be hidden from any other transaction
Durability - After a transaction is committed, a final state of data will be available forever even server fails/restarts
TYPE OF TRANSACTION
Implicit - While dealing with ALTER TABLE, CREATE, DELETE, DENY, DROP, FETCH, SELECT, INSERT, UPDATE, TRUNCATE, OPEN, REVOKE SQL server applies transaction
SET IMPLICIT_TRANSACTIONS ON
Explicit -

Above code won’t work and throw an error “The COMMIT TRANSACTION request has no corresponding BEGIN TRANSACTION.”
IF (@@TRANCOUNT > 0)
COMMIT
0 comments 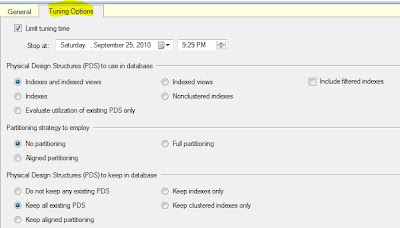 a. VARCHAR(MAX), NVARCHAR(MAX), VARBINARY(MAX), NTEXT, IMAGE, TEXT cannot be part of Index Key columns
b. Computed columns can be indexed unless they don’t violate datatype rules

Covered Index
- An index that is constructed such that SQL Server can completely satisfy queries by reading only the index is called a covering index.
- Can be created using INCLUDE clause
- Those columns won’t be counted in maximum 16 column count
- Maximum 1023 columns can be part of covering index
- Those columns will be counted only at leaf level
- Performance can be improved
- Example
CREATE NONCLUSTERED INDEX IX_TABLE ON TABLE (COLUMN1) INCLUDE (COLUMN2)
Filtered Index
- An index with WHERE clause
- Must be non-clustered
- Cannot be created on computed
- WHERE condition will support only >,>=,=,<,<=, IS NOT NULL, NOT NULL and multiple where conditions separated by AND/OR

Online Index Creation
When index has to be created on live production database, then it is preferable to create with ONLINE option with value OFF. By default it will be ON. When you make it off, it will keep the lock on table and prevent any kind of access.
FillFactor
Index Hint
A way to force SQL Engine to use a particular index.
SELECT * FROM TableName WITH (INDEX = IndexName)

Nisarg Kinariwala....
I am working in well known IT firm as a Technical Lead mainly dealing with DB. This blog will give you some basic fundamental information which I have collected from various sources and based on my own experience. Hope this will help you !!!